My family had a long history of scouting. My father was a scout in the Netherlands just before World War II and had to hide his uniform and badges until the war was over. Here is a picture of him during the Nazi occupation. He wanted a picture with his uniform on, I guess while he could still fit in it, so he had the picture taken by one of his brothers. 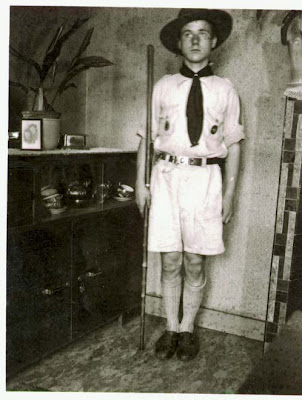 The next one is a matching pose of my brother, 7 years older than me, in his uniform, in Burnaby. 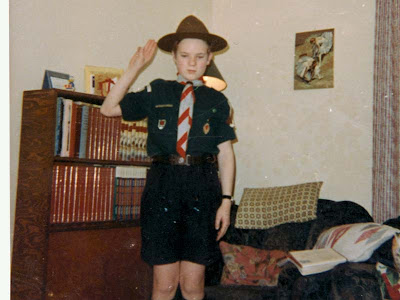 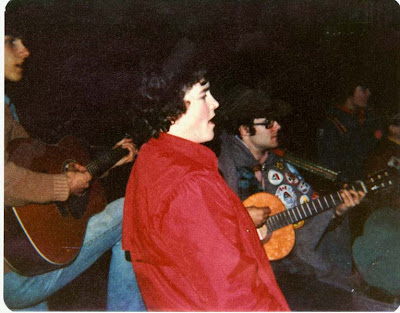 By the time I was old enough to join cubs (they didn't have the Beaver program here at that time) I had older brothers (one especially) that had been involved and had lots of fun experiences.

So I was ready to join, by the time I was 9. I started in the middle of what should have been my second year in the program. And just as I joined, we were getting a new Akela (the leader of the pack). Our Akela was a woman, but I didn't care! She was a good Akela and we had lots of fun! 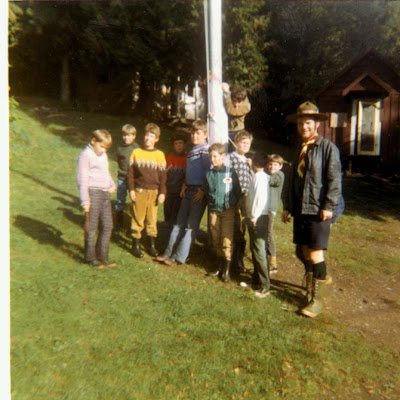 This picture doesn't have me in it, but it does have my mom in a checkered poncho, my brother and my Akela, Beth Reynolds, behind her son, Greg, in a checkered vest. 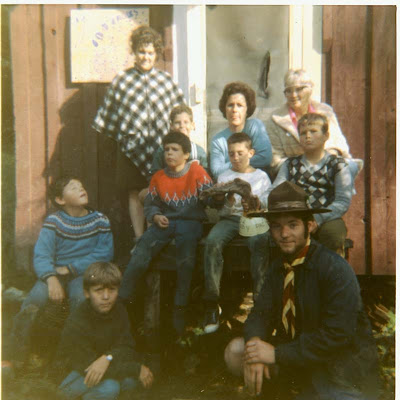 I remember seeing and holding a large toad that one of my friends found. I'd never seen one so big; it took two hands to hold him!

In my last year, I got to make a Kub Kar (I joined too late the previous year). My dad helped me design it and build it. I had to do some tweaks to make it meet requirements, and my dad had me do most of the work.

On Feb 3rd, 1970, 41 years ago, it raced for the first time. The video below shows it racing the other day at our 4SW pack rally (where I'm a leader). I follow up the tail end of the video with some closeups of the car and the prizes I got when I was just 10 years old.

My YouTube channel has other clips of the car, and of other fun things that 4SW does. See the other clip of the pack rally to get a sense of how much fun it is for the kids! I still remember racing my car!
Posted by Unknown at 10:15 PM 1 comment: